Capdepera is a beautiful Balearic village located on the eastern tip of the island of Mallorca; it overlooks the sea and treasures an enclave that is surrounded by forests and green meadows. It is an area little explored, even by locals themselves, but if you venture to visit, you will realize that it possesses a great history, which is transmitted through the many monuments present today, standing out among them is the impressive castle.

At present, the village has almost 12,000 inhabitants and is a small corner worthwhile visiting for its great attractions. 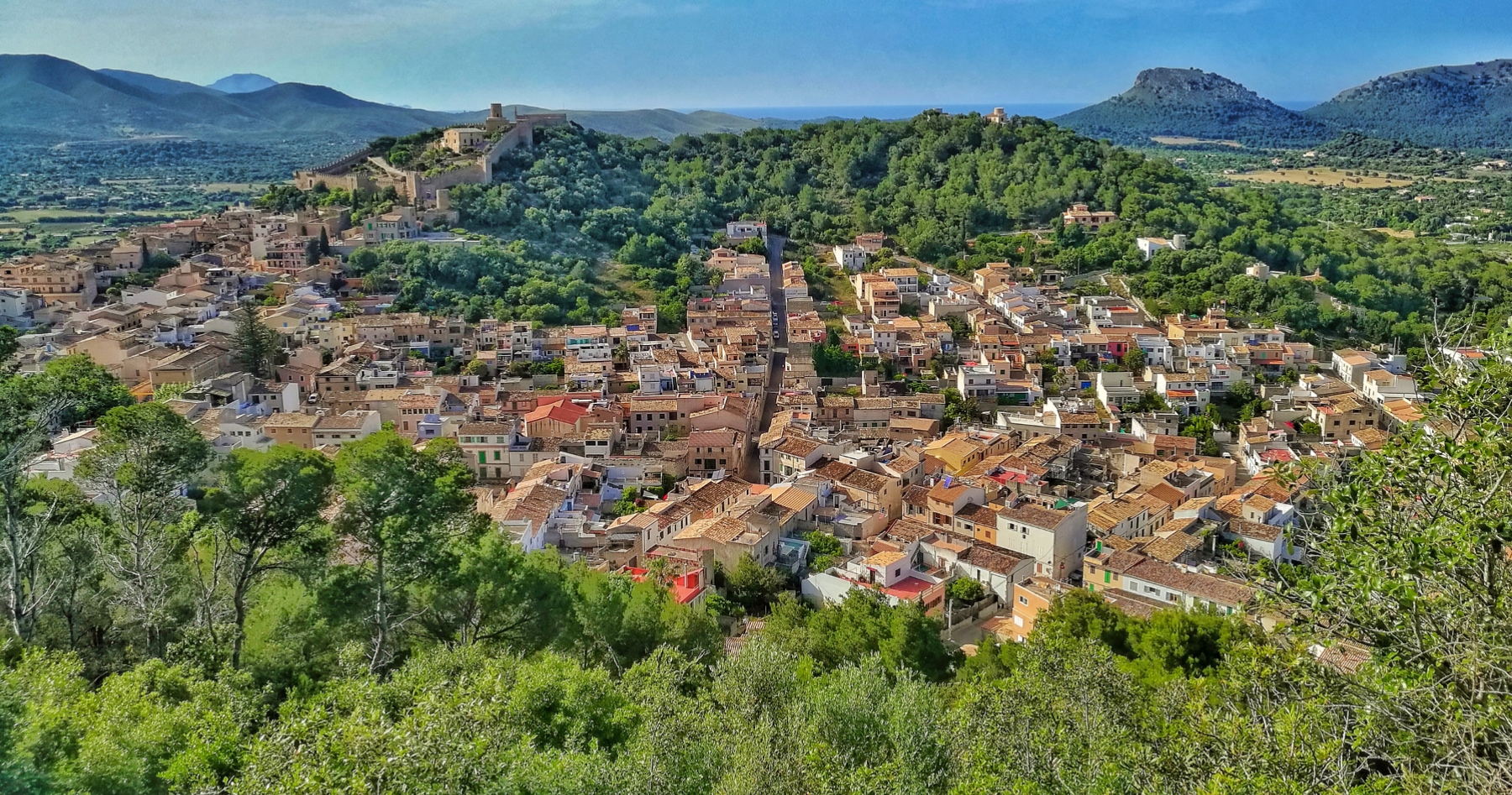 How to get there

Capdepera is located between the towns of Artá and Cala Ratjada, at 77 km from the airport (1 hour by car) and 80 km from the centre of Palma.

Capdepera is a municipality that offers attractions for all types of tourists. Historical monuments, natural landscapes and the beach just a few kilometres away make it a perfect destination for those seeking to savour a wide variety of places of tourist interest while being surrounded by a purely Mallorcan public. The following points of interest stand out due to their importance:

It is perhaps one of the most interesting touristic spots in Capdepera. It is a legendary castle dated from the 14th century, which was built as a means to defence those living within walls against continuous pirate attacks.

There was a remote fortification present during Roman times that was later on expanded by the Moors. It was after the Christian recapture that the building was built as it can be seen today. The area suffered so many pirate incursions during that time and the risk of living in Capdepera was so high, that the king resorted to offering money to the population that settled nearby in order to stop them from settling somewhere else.

Although it was a military fortress until the 19th century and later on became a private property, the castle was bought by the town of Capdepera in 1983 to make it the museum it is today.

Its interior will take you back in time as you walk and see its walls, its impressive defence towers and even while contemplating the views of the town and the beautiful landscape from high above. This is with no doubt an experience that every visitor should experience.

The Medieval Market in Capdepera is the most spectacular fair in Mallorca. This market carries a great tradition and a vast variety of items sold at the different stalls. Capdepera Castle is responsible for giving the market a stately touch, being pivotal for the display as it stands surrounded by the commotion, the crowd and the many stalls forming the market. The streets of the town are dressed with all kinds of ornaments and banderols, busy with a myriad of food stalls, while children and adults participate in a variety of activities designed to make the most of this medieval experience.

It is a very old market since its origins go back to the anniversary of the Ordinances put forward by King Jaume II, when he decreed the creation of the town of Capdepera. It is possible to visit the castle for free during the time the Medieval Market is open, so it would be a perfect excuse to get to know the town then, right in the middle of May.

After an interesting visit to the castle, it is worthwhile taking a tour of Capdepera’s historic centre, since its numerous narrow streets can make the visitor feel like being in the Middle Ages. The important number of manor houses dating from the 14th century, the splendour of the town hall and San Bartolomé parish are great examples of the typical architecture of the Balearic Islands. Capdepera undoubtedly treasures some of the oldest manor houses in Spain. One of them is Can Piricus, where the municipal library is located.

It is a temple extremely appreciated by locals. It has side chapels and you can find in its interior several carvings dear to the neighbours like the patron saint Virgen de la Esperanza, to which miracles were attributed in the times of pirate and Moorish incursions.

The church has undergone remodelling over the centuries in order to find the image it currently has.

It is a tower that served for defence and refuge, considered to be the most important defensive tower on the island. This site is a must-see. You will be able to appreciate its Gothic structure in an almost perfect state of conservation.

There are many beaches to enjoy in Capdepera but the most famous are Cala Mesquida, Canyamel and Cala Agulla. The latter is found in the area of ​​Cala Ratjada, which belongs to the municipality of Capdepera.

There is no room for boredom in Capdepera and the visitor will definitely be appreciative. This area offers interesting activities for all publics, such as hiking, visits to historical sites and excursions to the nearest beaches. In order to practice water sports, you must go to the different beaches of the municipality.

Water skiing, kayaking, sailing, windsurfing and diving are some of the activities you can do on Capdepera beaches.

Catamaran and sailing boat excursions are magnificent ways to get to calmly know the coast while watching the sunset. If you are lucky, you will get to spot dolphins.

If you choose to rent a boat to visit the coast and coves on your own, you will find different companies offering such services, especially in Cala Ratjada.

There is a large number of golf courses of large size and quality that attract thousands of tourists every year in this part of the island. Surrounded by forests and the Sierra de Llevant mountain range stands the most important of all, the 18-hole Capdepera Golf, where golf lovers will enjoy endlessly. In addition, it has an excellent restaurant with impressive views of the mountains.

There are several hiking trails in the municipality to be able to learn more about the landscape. Here is our proposal with the easiest excursions:

It starts in Capdepera and ends at the foot of the mountain. This route allows you to contemplate the diverse fauna and flora in the area. It is ideal for a family excursion. Duration: 1 hour or 5.5 kilometres.

It is a circular excursion and you will get to see some old ovens where lime was made many years ago. Starts at Cala Agulla roundabout and is child friendly.

Duration: 1 hour and 45 minutes or 7 kilometres.

This tour joins the Via Verde Artá- Manacor and starts at Sa Farinera.

Duration: less than 1 hour or 2.8 kilometres.

This route is child friendly and it is a great opportunity for the little ones to appreciate the flora and fauna as they walk. Es Claper des Gegants is an important archaeological site with remains of ancient homes, so the path ends with this cultural visit.

Duration: less than 1 hour or 3 kilometres.

There is no shortage of places to eat well in Capdepera. There are many traditional cafés on the most emblematic streets, although they can be found throughout the town in general. In addition, there are restaurants serving traditional local food as well as high standing restaurants linked to the golf courses. This is an area rich in local cuisine that translates into a superior gastronomic offer.

The municipality has a large hotel proposal, so holiday tourism will have no problem finding accommodation that will suit all needs.

To be found in the village are hotels for romantic getaways, hotels with swimming-pools and hotels nestled in the mountains for the unique experience of staying right in the middle of unmatchable natural setting. If you want to stay in a much more touristic area or even close to the beaches, we recommend that you look for accommodation in Cala Ratjada.

What is happening in Capdepera now?

The most beautiful places you can visit 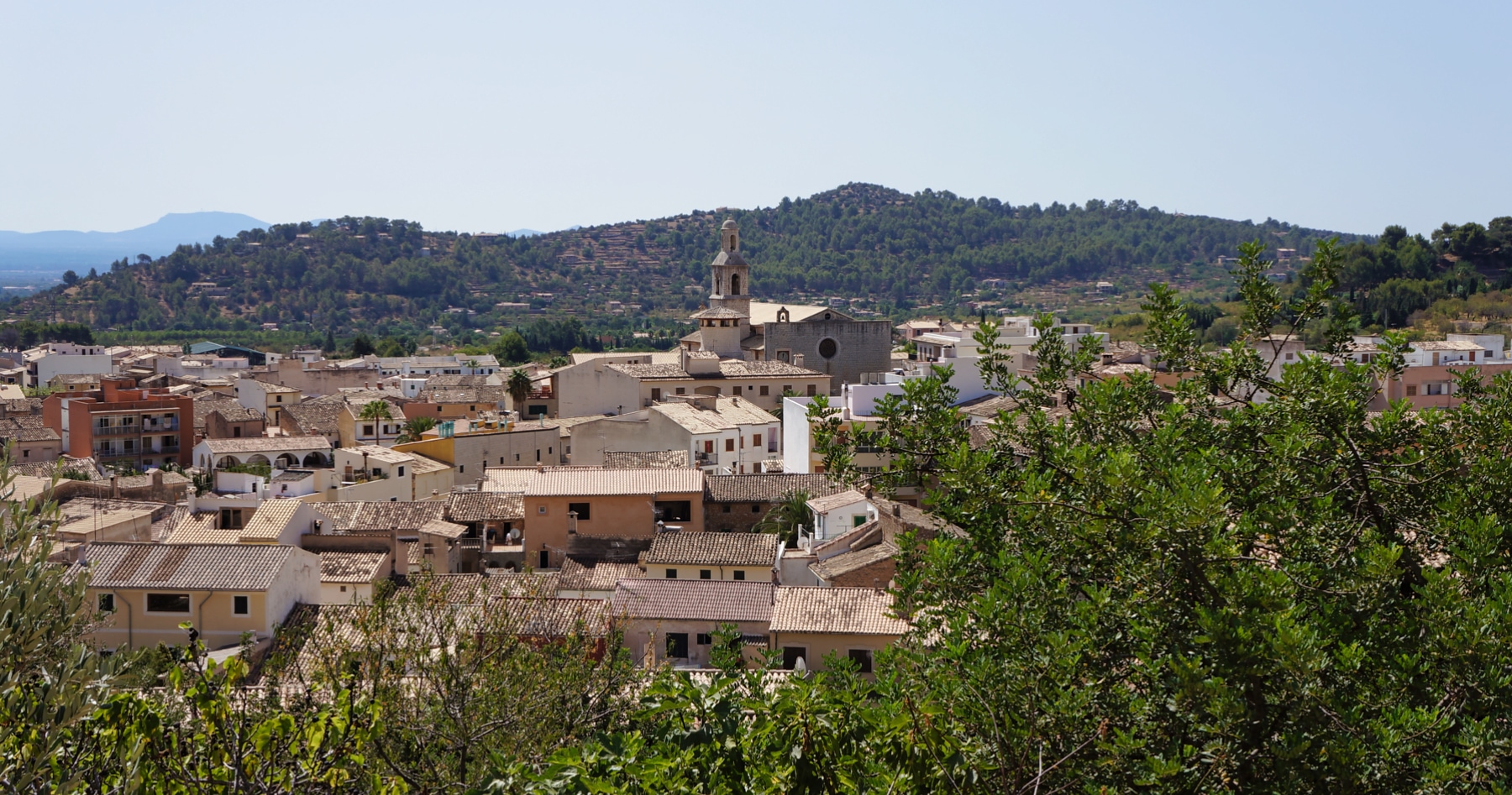 The walled town in the north of Mallorca 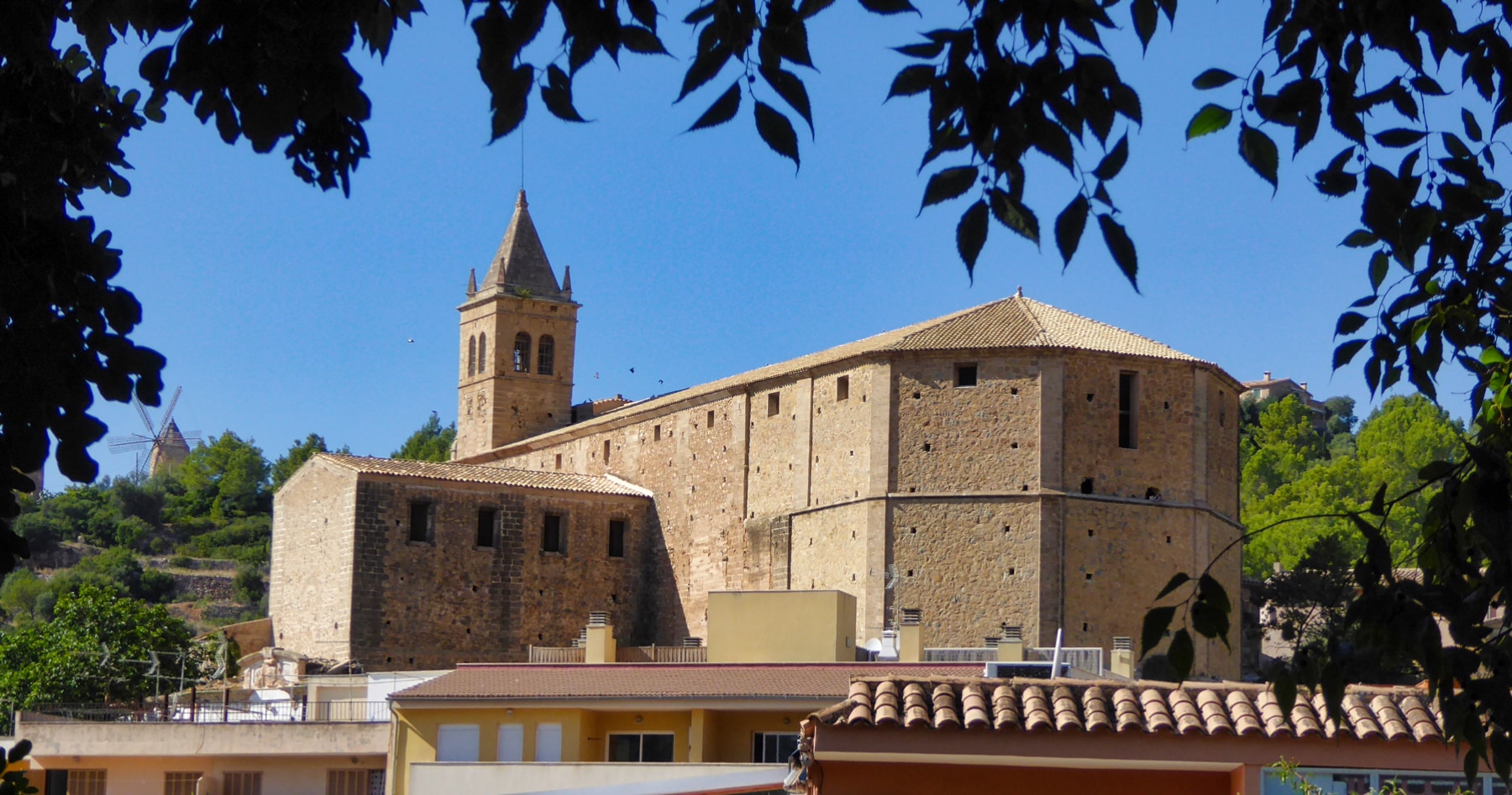 One of the oldest municipalities on the island 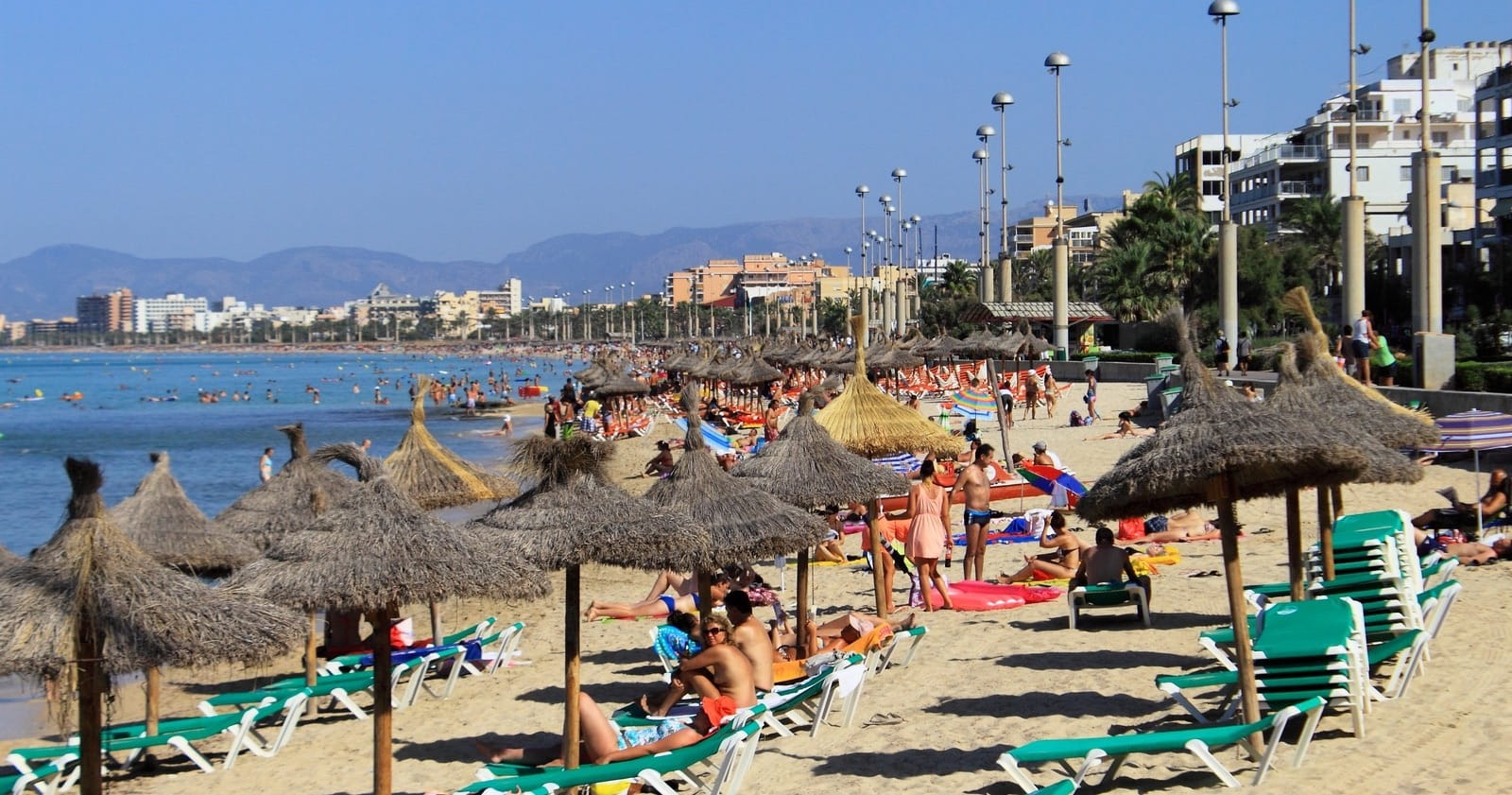 The place of leisure for young tourists 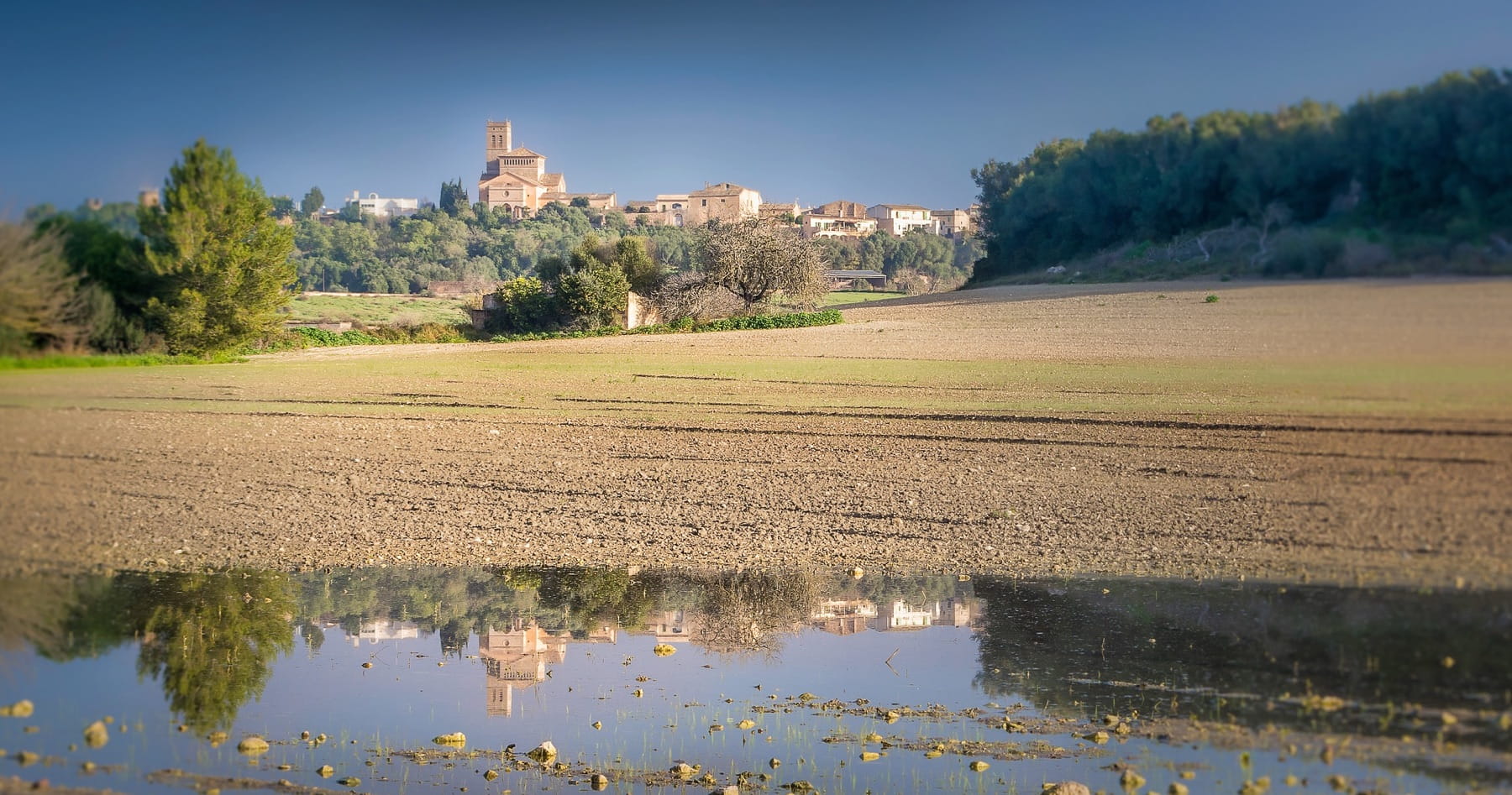